Back in March, I had the privilege of building and performing the puppet for the “Mad Drummer” station ID’s for the TV channel Adult Swim. Basically, a drummer is superimposed over various scene elements such as a black hole, a spinning galaxy, and an exploding fireball. His drumming intensifies according to the scene. I built the puppet in less than a week, and it was a huge head, made to sit atop a real drummer’s head. 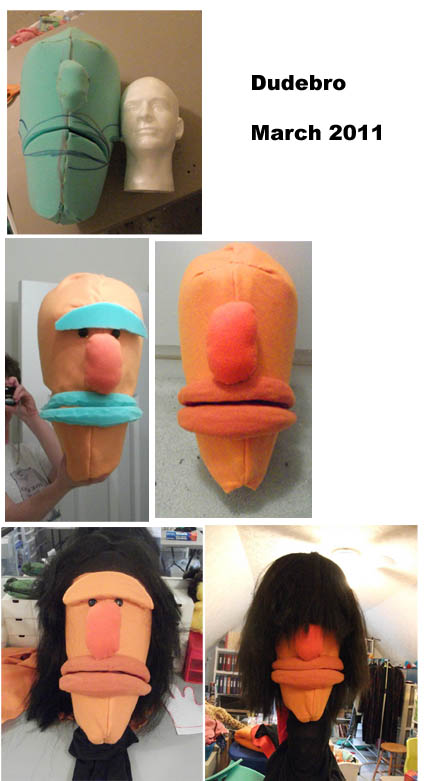 He was lovingly dubbed “Dudebro” by the cast and crew. 🙂 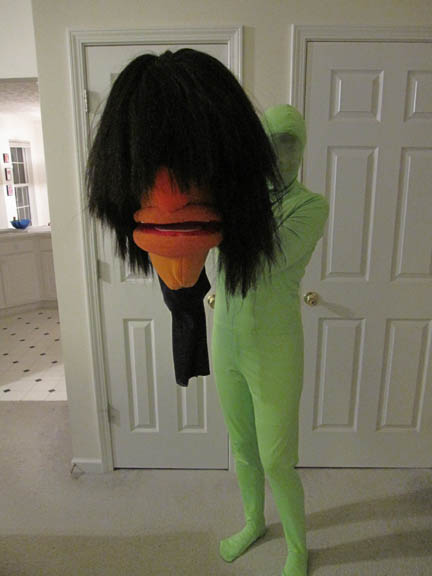 Me, trying on my green screen suit I would be wearing, and holding Dudebro. 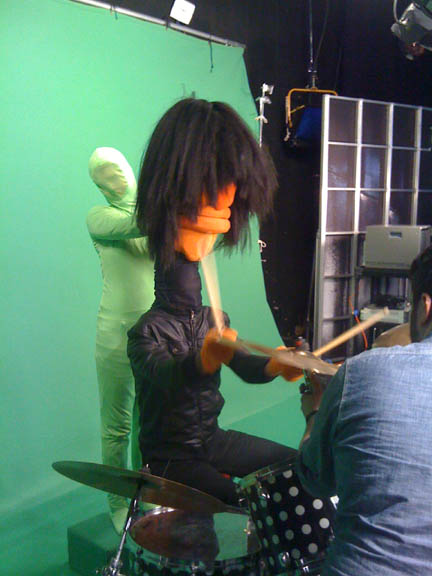 Working on the shoot. 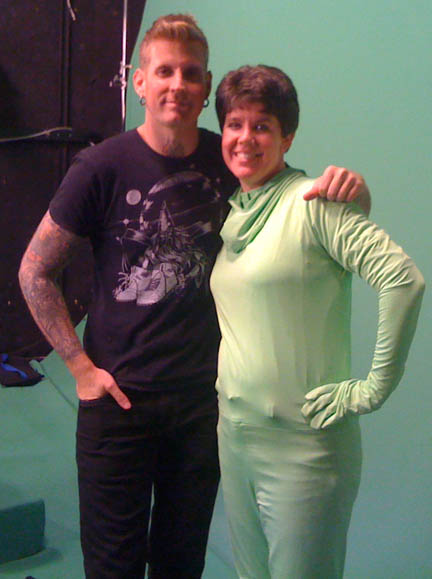 The lower half of “Mad Drummer”‘s Dudebro—-Atlanta band Mastodon‘s drummer Brann Dailor! He was absolutely the best sport ever, having to deal with that puppet head banging around on top of his own head like that. 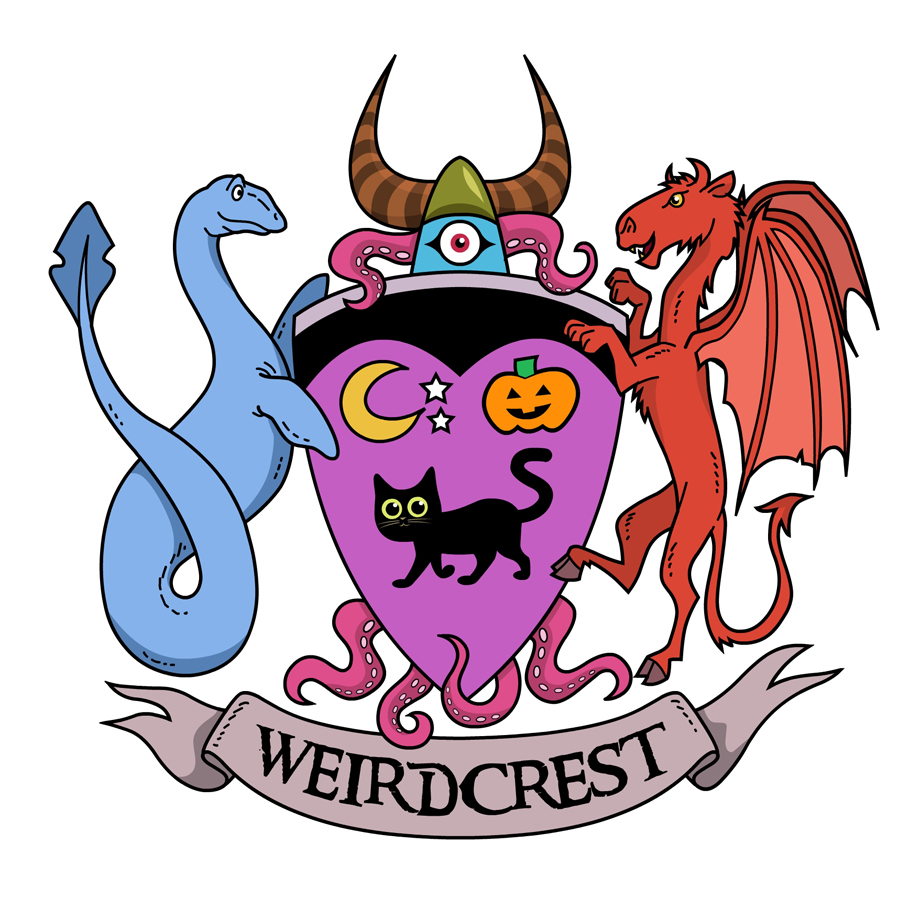