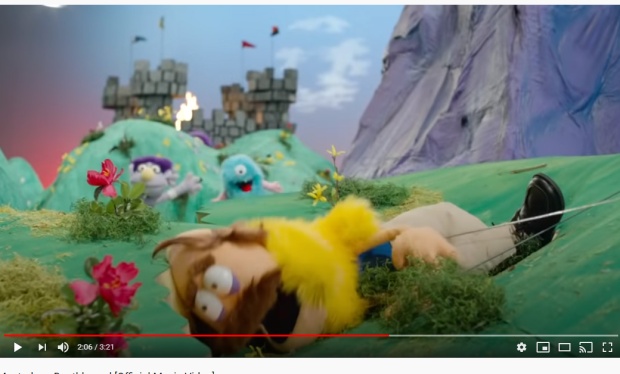 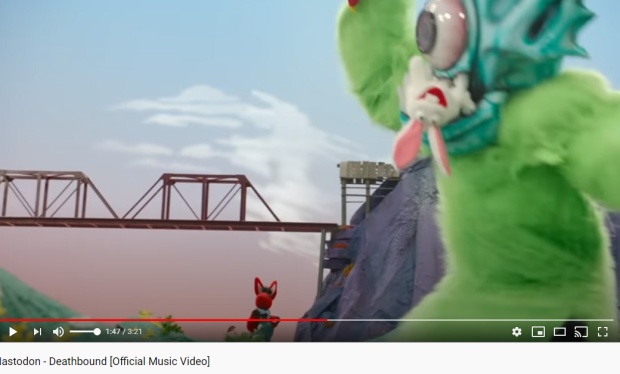 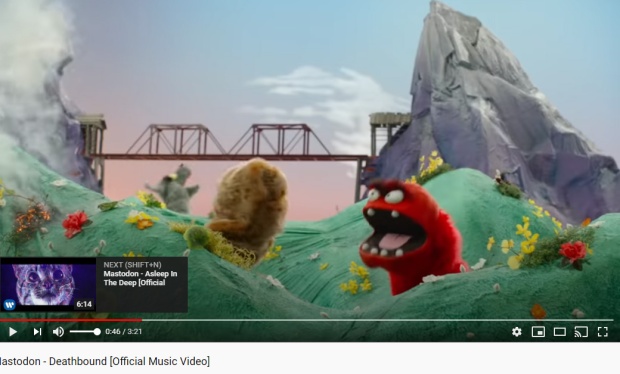 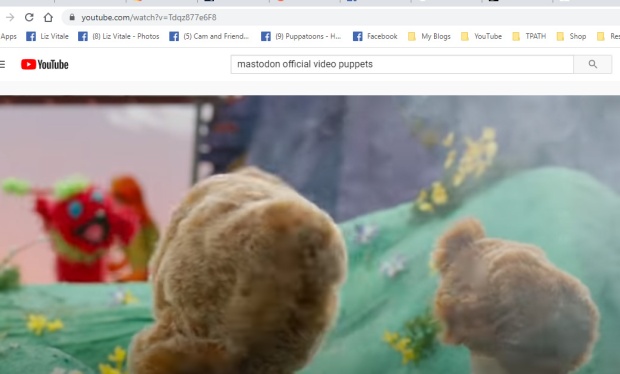 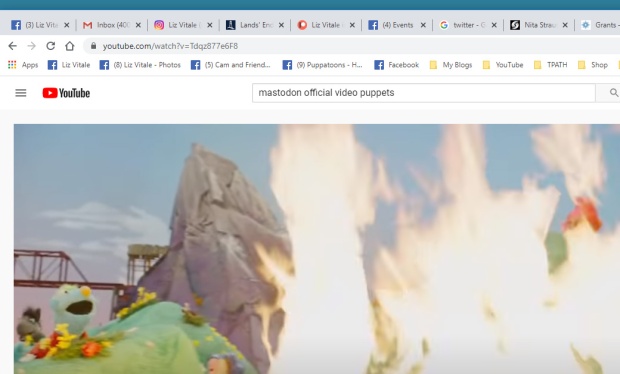 My husband and I are big fans of the show Comic Book Men. We recently went to visit his family in New Jersey, and our destination was not terribly far from Red Bank, where the store that is the home of the show is located. So, last Saturday, we piled ourselves and the mother-in-law into the car for a trek to The Secret Stash, workplace of Walt,Bryan,Mike and Ming.

Mike Zapcic was the only one out of the group in attendance that day; we will know to inquire first next time, to see if more of the guys will be working. Mike also pointed out that if people are coming specifically to visit Ming, he will break speed and sound records from wherever he is to get to the store.

Red Bank turned out to be a very pretty place, and it was a gorgeous day. We had wanted to really enjoy the city, but I think we were pushing Steve’s mom’s endurance as it was, so we made the most out of our time in the store! My main mission was to ask the guys about “My First Comic Book”–specifially, what they would recommend to a person who has not grown up on comic books but was now interested in taking the plunge into them. Specific questions were dealt with–do I prefer Marvel or DC, and I am definitely a Marvel gal. I also like Spiderman, having watched the cartoon after school, and getting to meet Spidey at Six Flags in the 70’s.

Mike, who normally is the quieter personality on the show, was an absolute powerhouse of conversation and one-liners while we were there, and went straight to a comic he thought I would enjoy as a beginner–Spiderman: Death of the Stacys. Yes, rather morbid startup material, but I read it all while we were on vacation and I really enjoyed the writing style.

Another shot of the main register area seen on the show.

The lamp that is covered in images of the guys’ comic book personas.

T-shirts! Steve got me the maroon one, which has artwork by Walter.

This is where the main meat of the action on the show takes place–discussions, ringing things up and looking at “for sale” items. Needless to say, it is cleared off during filming.

Mike Zapcic and Steve! Turns out Mike is a big fan of “Harvey Birdman, Attorney at Law”, the Adult Swim show featuring animation by Steve.:)

Another view around the shop.

The Effervescent Mike Zapcic and me!

Up at the register.

Me with the “On the Air” sign that you see during the “podcast” portion of the show.

Thanks for making our visit so special, Mike, and we hope to see you and the rest of the guys again next year!

In summer 2013, I had the great privilege of not only going to see The Monkees at The Ryman in Nashville, but also taking a quick trip down a few blocks to the Nashville Public Library to view the permanent collection on display of one of my heroes in the puppetry field. His name was Tom Tichenor, and although I never saw one of his plays live, I learned a lot about puppet building from his book, Tom Tichenor’s Puppets, which  I checked out of the library almost weekly as a child. I now own this book and have used and adapted many of the patterns in the book to build my own puppets today.

A magnificent castle used in the Nashville Public Library shows. 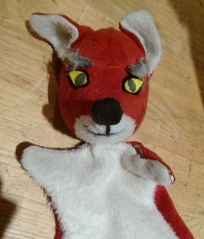 A very nice Tichenor fox puppet, still in use today. I use this same pattern for my own puppets. 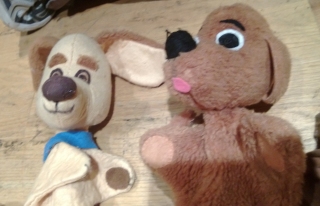 Tommy Dog and another dog whose name I don’t know! 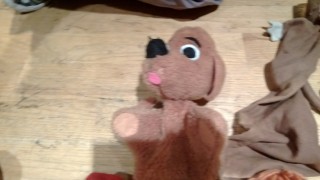 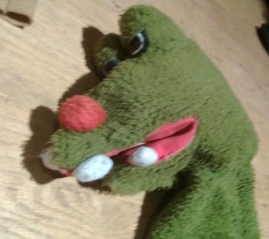 I was allowed to see some of the puppets used in shows every day that were made by Tom. This is Cedric the Dragon. I LOVE his little round nose! 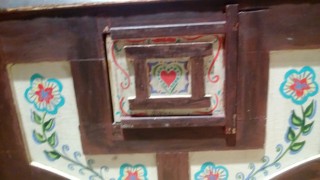 Tichenor’s “Puppet Playhouse”.I am guessing this was some sort of little
peek-a-boo window. 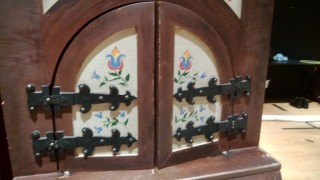 A Holy grail of sorts–Tichenor’s “Puppet Playhouse”. Look at the detail!! I admired this so much in my Tom Tichenor book I used to check out of the library all the time as a child(and eventually bought).

A Holy grail of sorts–Tichenor’s “Puppet Playhouse”. Look at the detail!!

Part of the backstage Tichenor archive at the Nashville Public Library.
This is the star of the Tichenor production “The Little Rabbit Who Wanted Red Wings”.So sweet!

Part of the backstage Tichenor archive at the Nashville Public Library.
This is the star of the Tichenor production “The Little Rabbit Who Wanted Red Wings”.So sweet!

More of the Tichenor exhibit at the Nashville Public Library. There were many many of these wonderful little houses covered with intricate scenery. 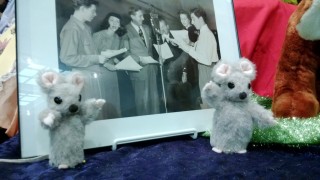 Part of the main Tichenor exhibit at the Nashville Public Library. Sweet mousies! 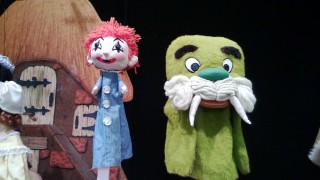 Part of the main Tichenor exhibit at the Nashville Public Library. I think that is one of the Billy Goats Gruff at the top. 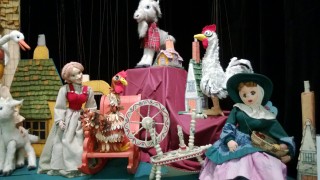 Part of the main Tichenor exhibit at the Nashville Public Library.

Part of the main Tichenor exhibit at the Nashville Public Library. 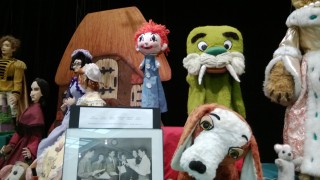 Part of the main Tichenor exhibit at the Nashville Public Library. The puppets from
“Carnivale”,including Horrible Henry the green walrus, are at center.

Wow. Long story short, I had the extreme privilege of meeting some of the actors who played dwarves from The Hobbit, which may now be one of my favorite movies ever. I and several friends formed a vehemently persistent group of fans who prodded the officials at Dragon Con  to GET SOME DWARVES HERE IN ATLANTA. We succeeded in getting two out of thirteen–William Kircher(Bifur) and Graham McTavish(Dwalin). We had James Nesbitt(Bofur), but he had to call it off at the last minute, and I believe I heard that Jed Brophy(Nori) wanted to come but missed the boat on applications or somesuch.

But of the two we had, Bifur is my favorite, and although I didn’t put together a costume as many of my fellow dwarf-loving friends did(and quite splendidly,I might add),I wanted to show my appreciation. That, from me, comes in the form of a puppet gift, usually in the appearance of my favorite character an actor plays.

I made wee glove puppets of Bifur and Dwalin–very simple and not terribly detailed, but pretty cute if I do day so myself. Here is a  compilation of photos taken by my husband, pal Beth, and William Kircher’s lovely (and very funny) wife Nicole. 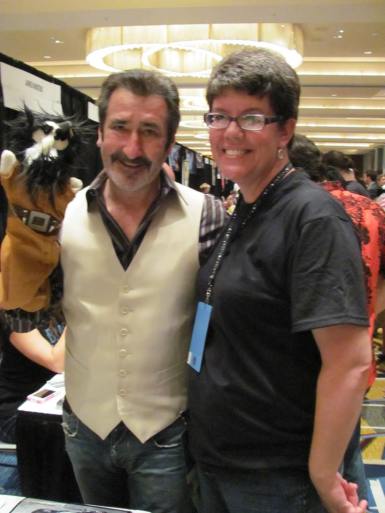 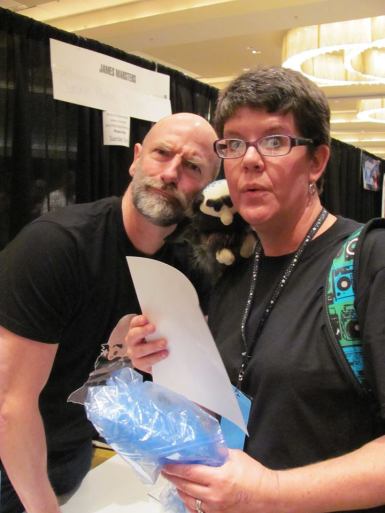 Graham and MiniDwalin, whom he said “needed to be sneaking up on me”.:) 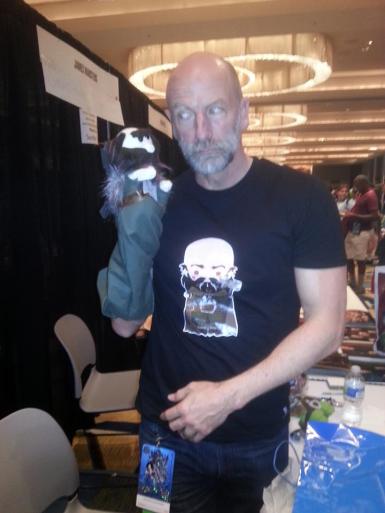 Graham and MiniDwalin seem to be conspiring their next move..will they be getting coffee? Donuts? 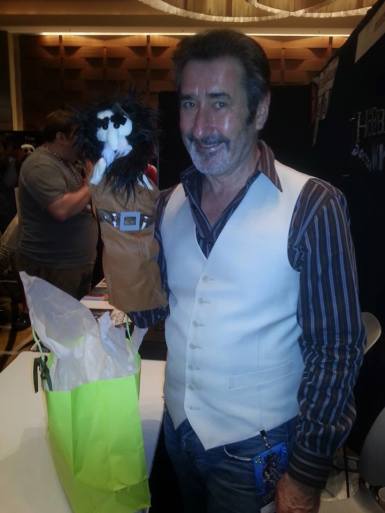 Another pic of William and MiniBifur. He showed off this puppet at a couple of panels afterward.I was so proud!

Here is an interview with William at a Con just a week later, and he shows off the toys he received in his Con travels as well as MiniBifur! 😀 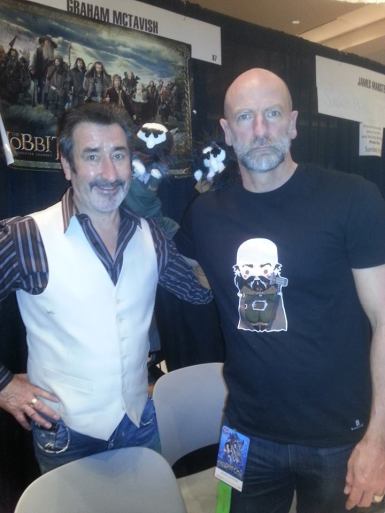 I do believe they enjoyed their presents. 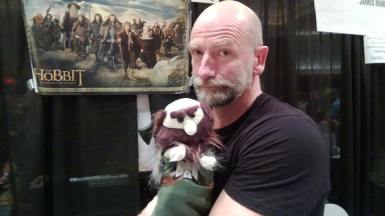 Goodbye, MiniDwalin. Serve your master well, with much amusement!

Next post, the warg puppet head I made to show off to the guys! 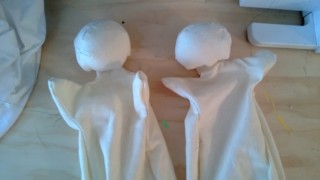 The two dwarf puppets in their humble beginnings–clothes are being made, features designed. 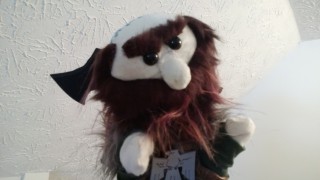 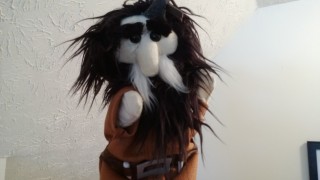 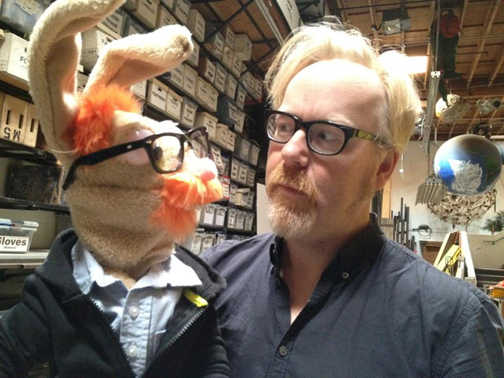 So yeah, here’s what I’ve been up to lately…makin’ a puppet for a MYTHBUSTER!

I have been insanely busy–so much to talk about, but not time to post. I have mainly been getting ready for Dragon Con and working at Netherworld. Right no I am attending Dragon Con, with Jamie Walrus and and Vapor the Ghost in tow.

I met Jim Martin, one of my puppeteer heroes, yesterday. He was Gary Gnu  and M.T. Promises on The Great Space Coaster, which I watched every morning as I got ready for school.

He was absolutely one of the nicest celebs I have ever met. He came around to to our side of the meet-and-greet table and talked with Steve and me for well over an hour; practically a mini-puppetry workshop. Oh, he was wonderful. Jim, enormous g-hugs to you. 😀 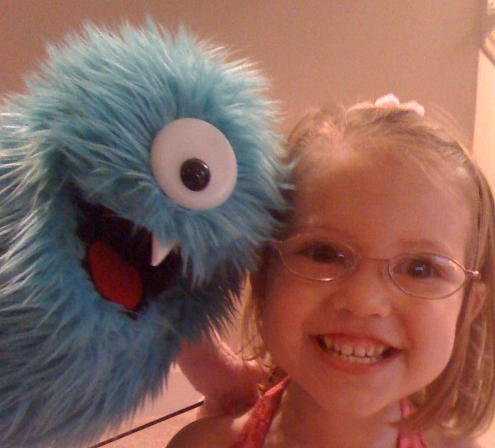 Three-year old Zoe is  a great champion of Mo—-she owns a Mo stuffed toy and can quote him quite perfectly in his online adventures! So you can imagine her ear-to-ear smile when she at last met her hero. She gave him lots of hugs,showed him how to do push-ups and cartwheels, and told him several secrets—–what they were about is between the two of them! 😀